Redefining The Economy to Meet Our True Needs 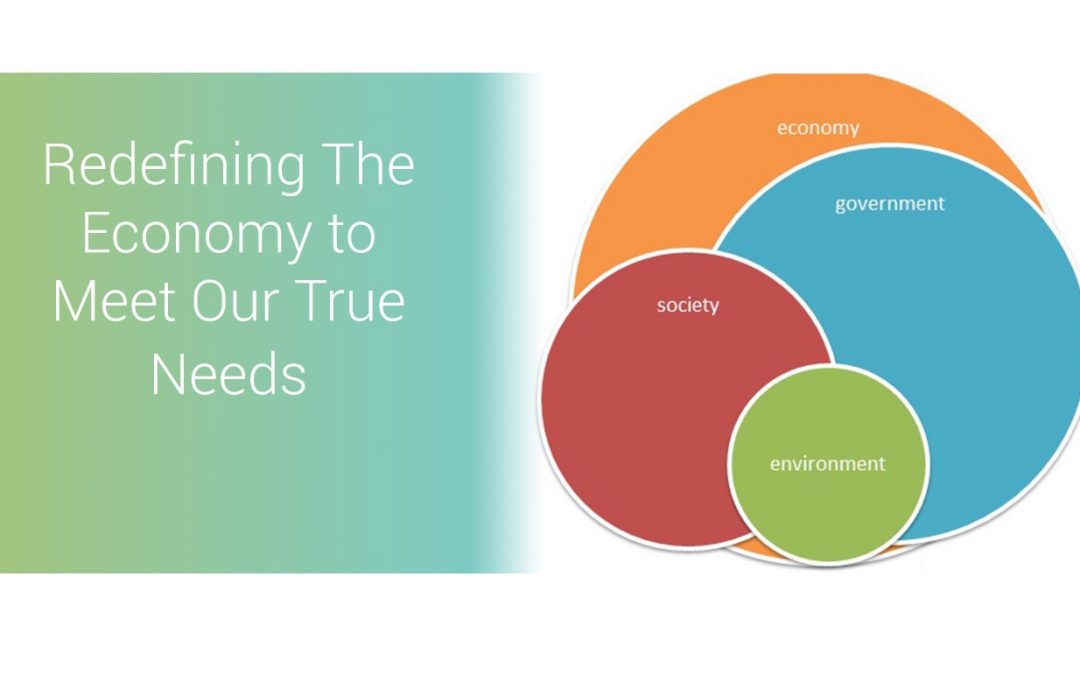 What doughnuts have to do with a 21st century economy

When we think of the economy, we look to statistics like the Gross Domestic Product (GDP) and whether the DOW Jones Industrial Average is up or down. And when these indicators are strong, we tend to think the economy is doing well and we are making progress. But is this true? Does a strong economy, as currently defined, reflect our goals as a society? Does it include important things like access to clean water, high literacy and low disease rates?

Author Kate Raworth asks these and other questions in Doughnut Economics: Seven Ways to Think Like a 21st-Century Economist. She explains that our current economic system and public policy is based on outdated, flawed theories from the 19th century. Raworth posits that we have been hoodwinked into believing that growth is always the goal. Should it be? Even as the news reports “positive” economic growth, there is clear evidence that many of our challenges are not getting better.

Raworth’s book and theories formed the basis of discussion at a June event at Seattle Foundation with Dr. Lance Bennett and Deric Gruen, both from the Rethinking Prosperity projectat the University of Washington Center for Communication and Civic Engagement. The presenters and participants considered questions seldom asked, like “What is the economy for?” and “What is the economy?” Dr. Bennett shared the historical backdrop for how we got to a place where the economy dominates politics, society, and the environment, and how we might get out.

The essence of Raworth’s Doughnut model is that an economic system should provide a social foundation of well-being, and that no one should fall below that baseline. It also sets a ceiling of ecological damage to our planet that we should not cross. Between the two lies the doughnut itself, a safe and just space for all.

Using the Doughnut model to look at wellbeing indicators, Raworth has identified key areas where we are already in a dangerous “red zone,” including climate change, pollution, ozone layer depletion, dwindling freshwater and more.

The good news is that there is growing interest in addressing these challenges. Legislators in places like the UK, Germany, and France are taking on new social measures of progress. Academic groups and think tanks such as Demos and Center for the Understanding of Sustainable Prosperity are furthering our understanding of healthy economic systems. Community leaders are actively developing new models.

What is the role of funders in this conversation? Many say our role is to be good social entrepreneurs who will plug the holes and fill in the gaps. But in a new series in Nonprofit Quarterly on creating a more democratic economy to respond to rising inequality, editor Steve Dubb says that approach no longer reflects our reality. He writes, “…Ultimately, a new path forward has to include a new form of generating and distributing the wealth of our society. That requires taking seriously the gaping holes in our nation’s political–economic system and creating paths to make it function more effectively for what has become an increasingly disenfranchised majority.”

Despite the increasing growth of the nonprofit sector (and increasing focus on equity), it is not keeping pace with the problems we face, and we must reimagine our underlying societal constructs. Funders need to be driving those new solutions. For example, Seattle Foundation has invested in local initiatives including thePeople’s Economy Lab, where leaders are working to create a new blueprint for a local economy that is equitable, diverse and resilient.

Our call to action is to continue to drive the conversation, ask the tough questions and support organizations that are working to drive systems change. We must move beyond mending problems and roll up our sleeves to co-create a new regenerative and distributive economic system that works for the 21st century.

We invite you to join us in future conversations like this and you can contact us at: NewEconomyContact@gmail.com

Note from the Seattle Foundation: This guest blog expresses the opinions of its author, who was invited by the Foundation to share a community-based perspective. The views expressed are not necessarily those of Seattle Foundation and the forwarding or reposting of this content should not be viewed as an endorsement.