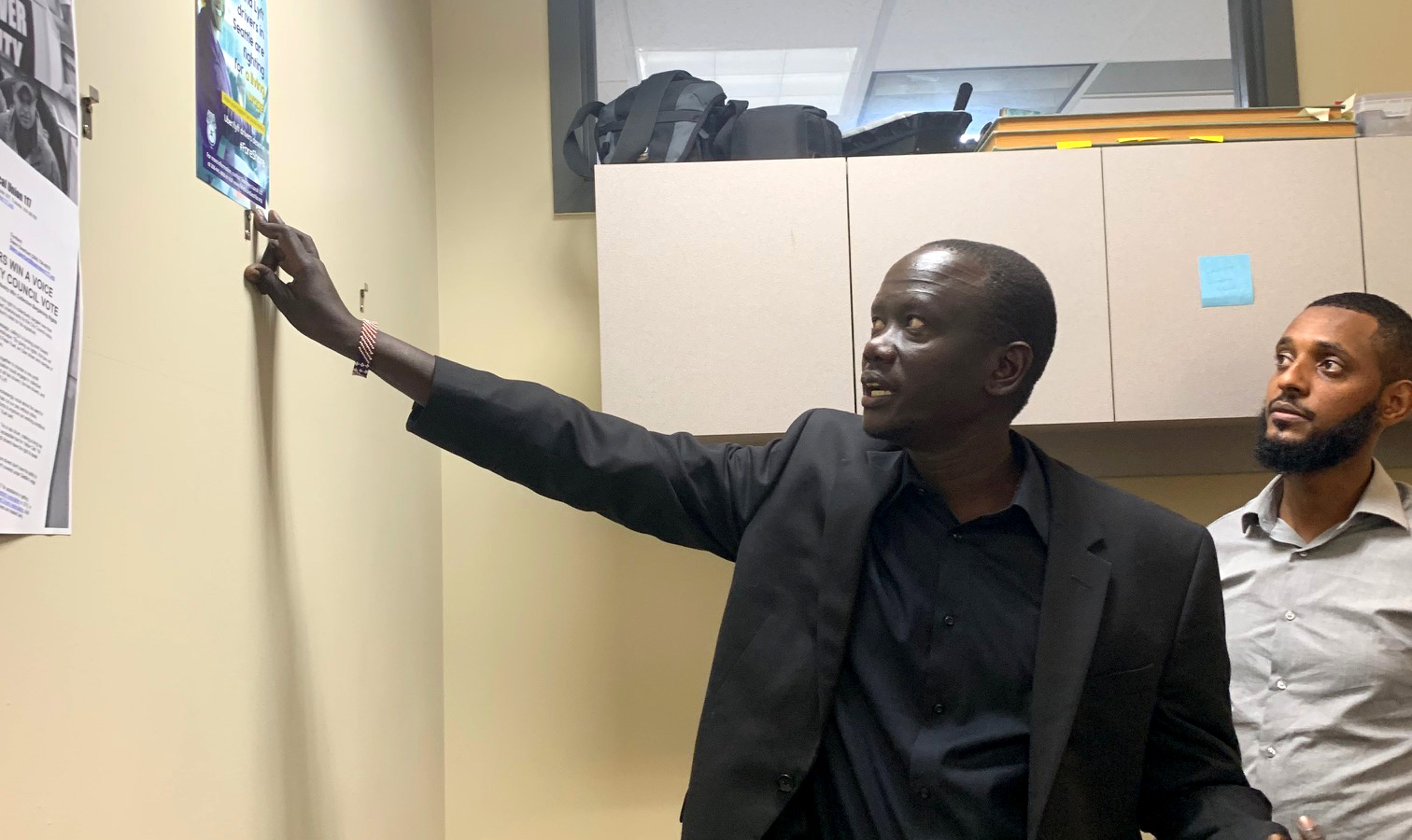 Building power and organizing to protect worker rights are at the heart of the work of Drivers Union, an association of rideshare drivers (for Uber, Lyft, etc.) that advances fairness, justice, and transparency in Seattle’s personal transportation industry. The union also serves as a powerful mutual aid network that confronts the challenges that drivers face in an extractive gig economy and a society shaken by the COVID-19 crisis. The organization is predominantly BIPOC and the majority of its leaders are Black immigrants. The union is leading one of the most important gig workers’ rights movements in our nation. They have won pivotal legal and legislative victories that have the potential to reshape the global gig economy. They have also helped hundreds of drivers secure unemployment benefits and get vaccinated against COVID-19.

In July, People’s Economy Lab, including steering committee member Elena Perez of Puget Sound Sage and Lab Leaders Njuguna Gishuru and Shiho Fuyuki visited Lata Ahmed, one of our New Economy Washington Frontline Community Fellows, and his peers at the Drivers Union’s headquarters. Located in Tukwila in the Teamsters 117 building, the team gave us a tour and shared with us the history and evolution of the organization. It was inspiring to meet the leaders whose commitment, camaraderie, and determination propel this movement. The fight for justice for drivers began in 2012 and almost ten years later they are just hitting their stride. 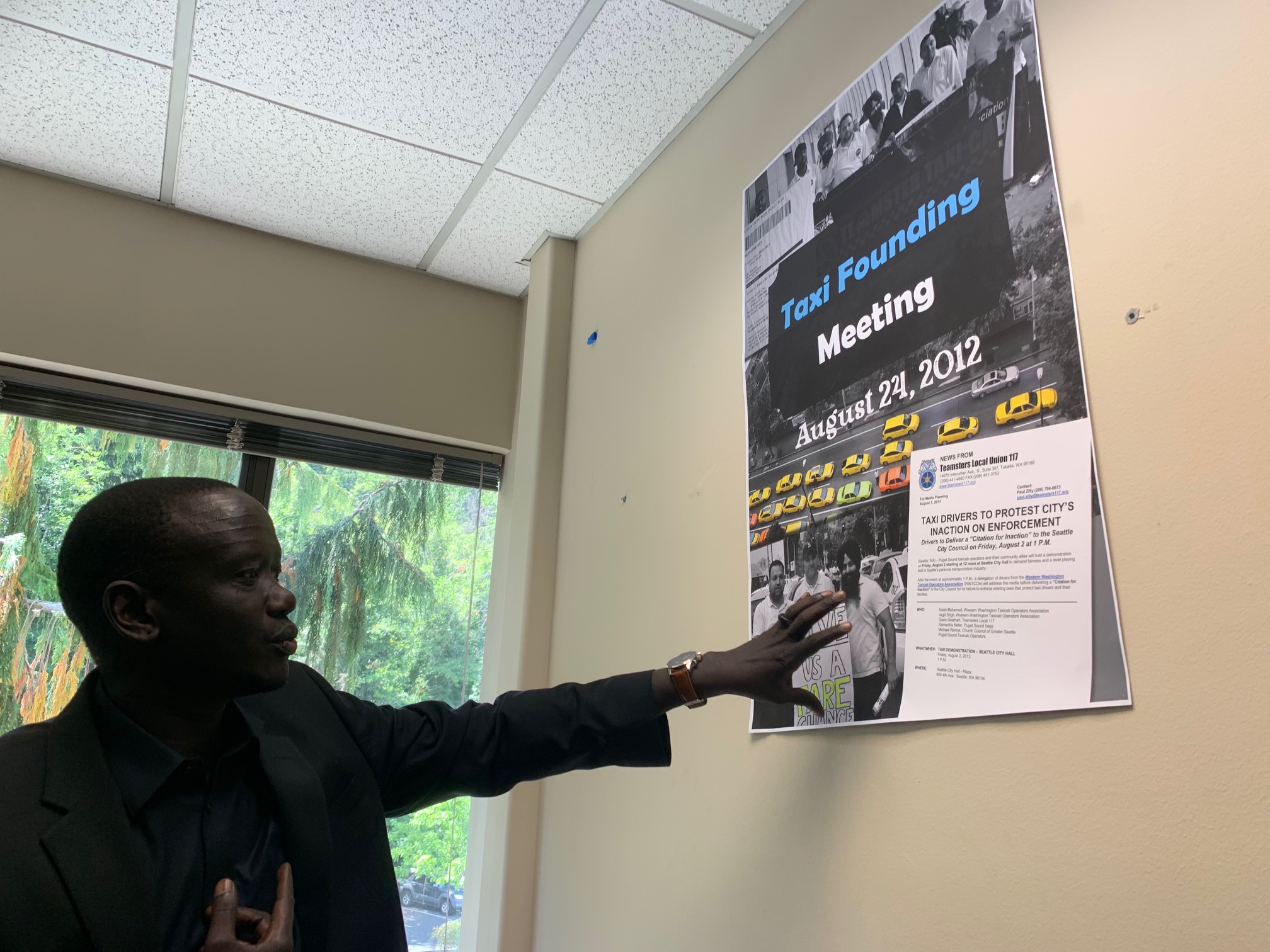 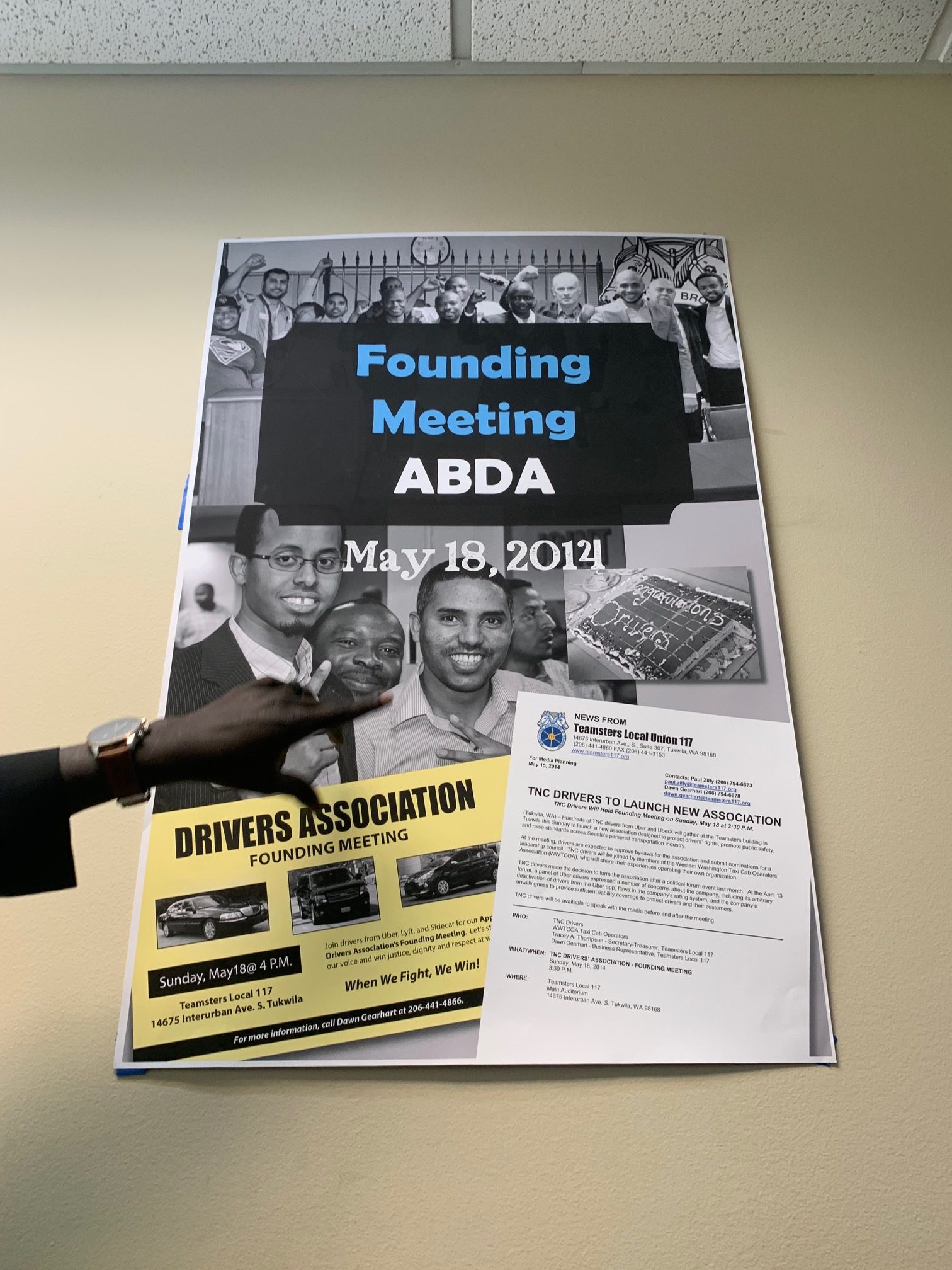 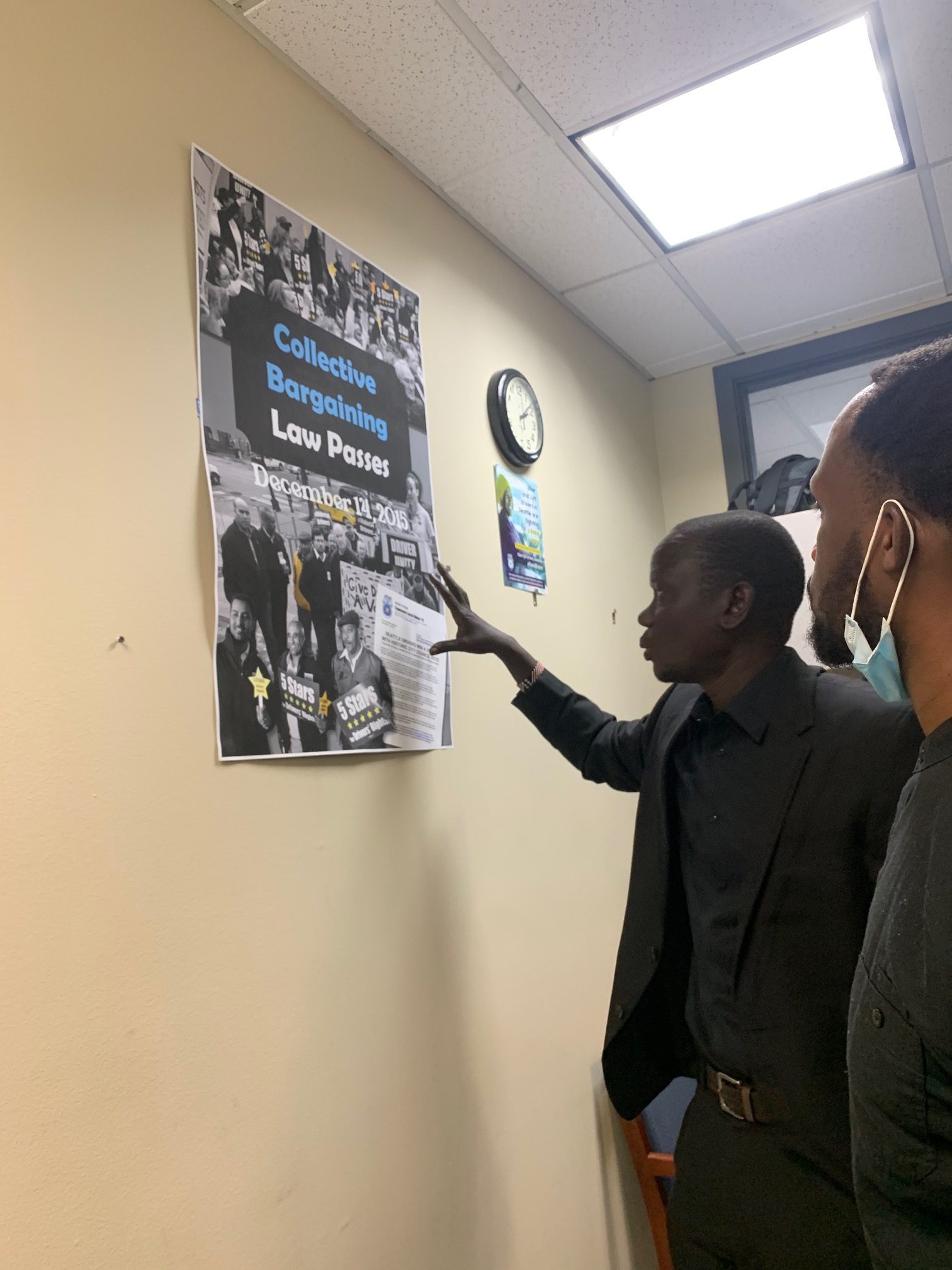 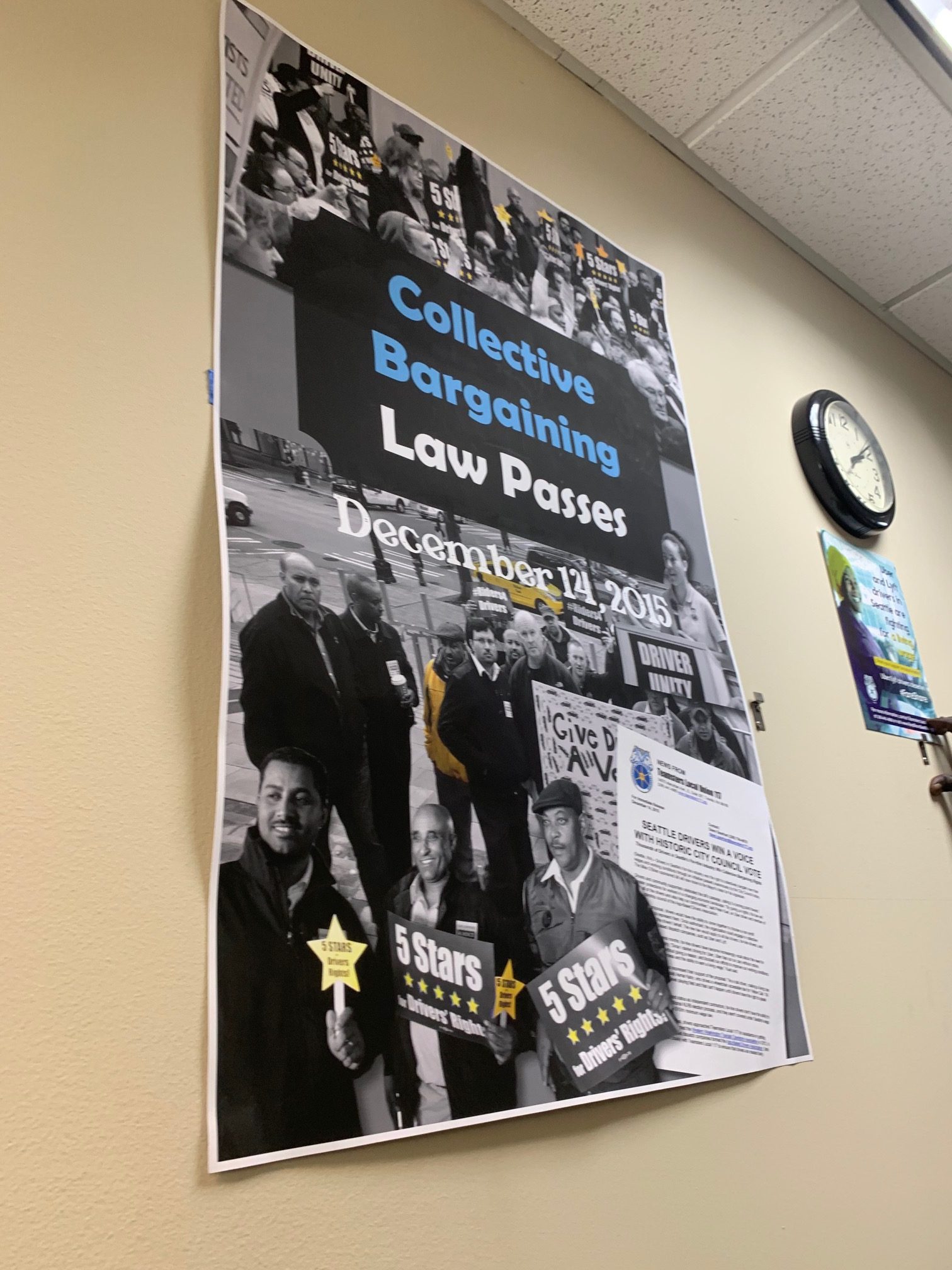 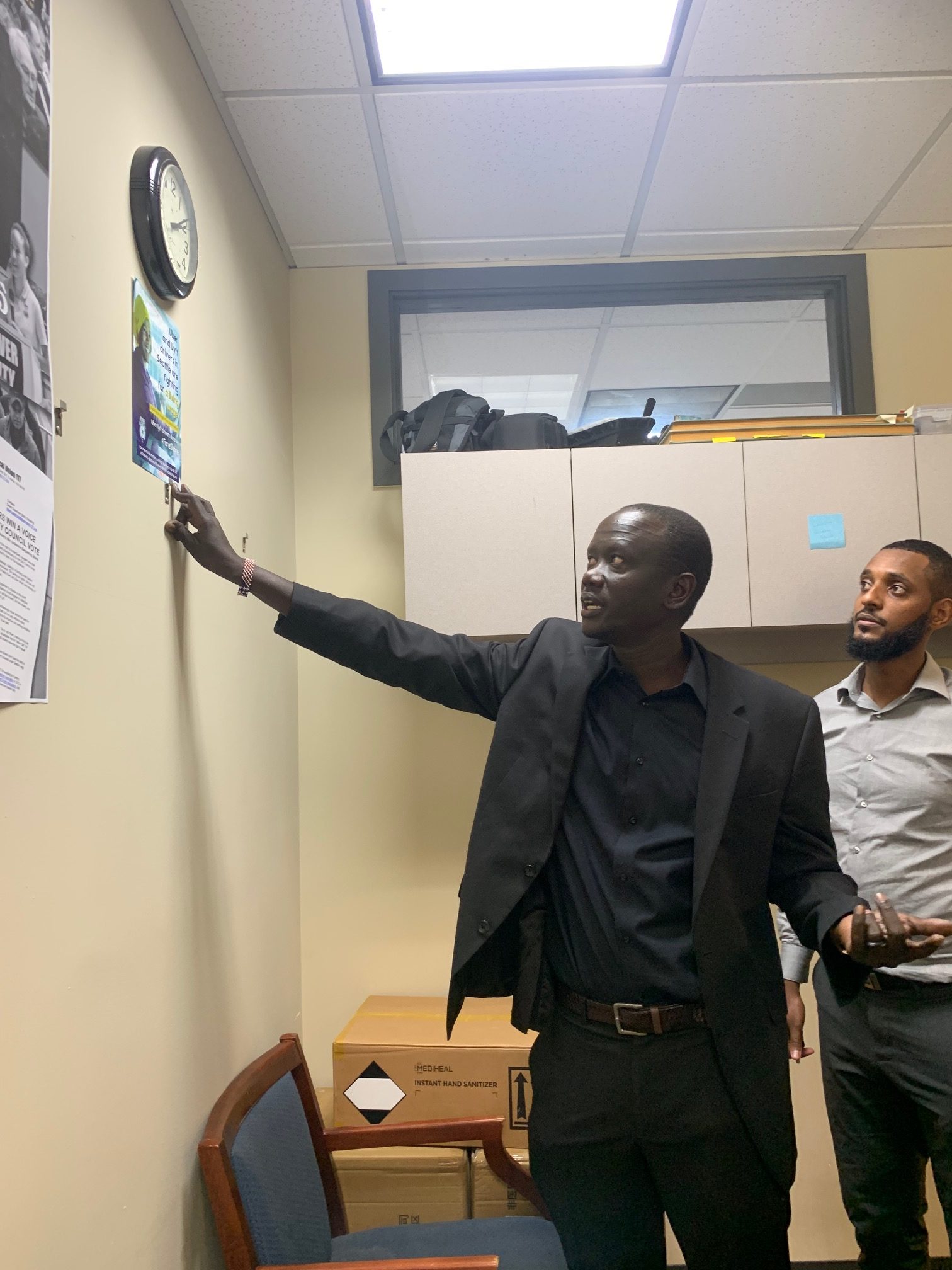 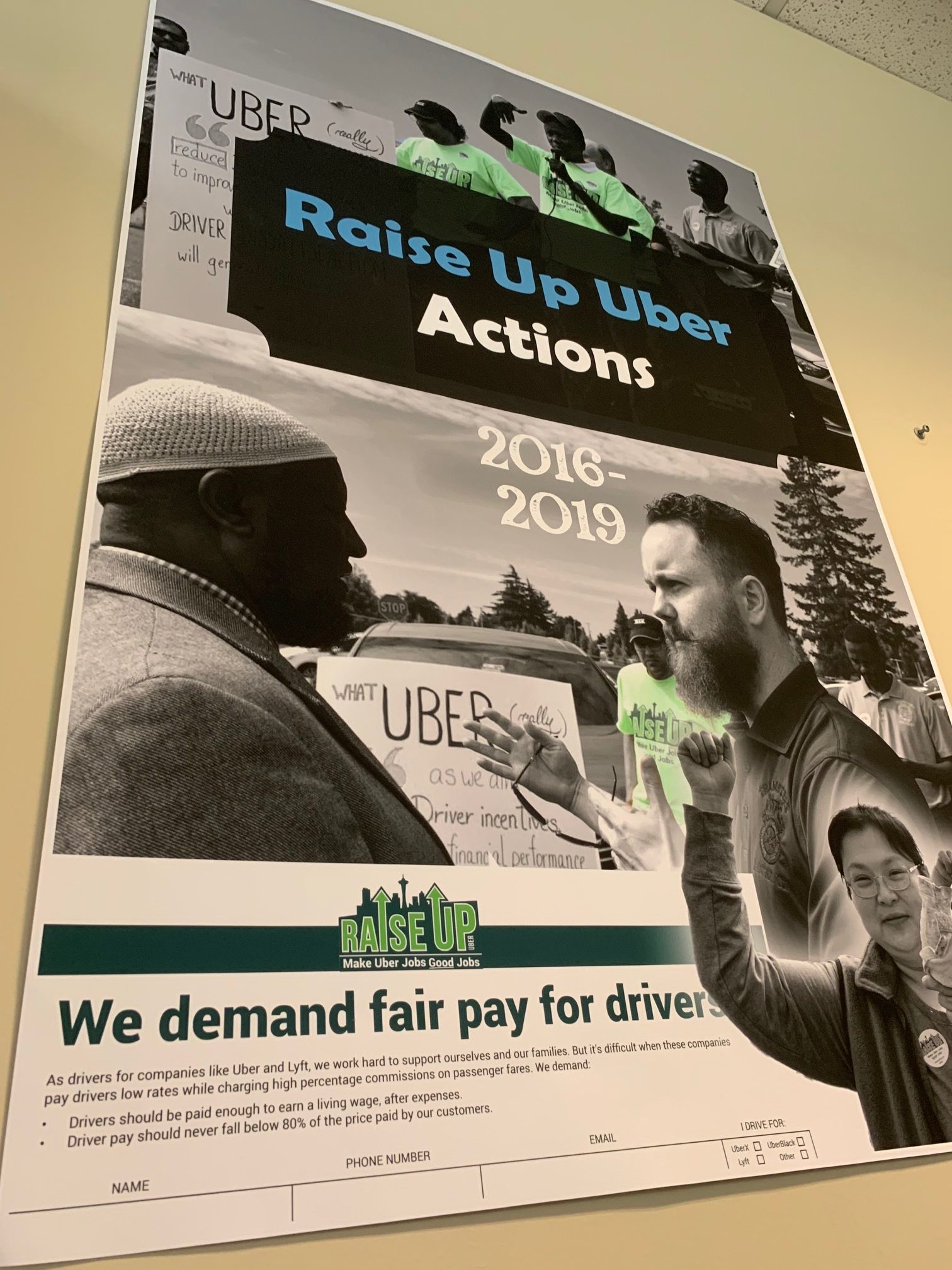 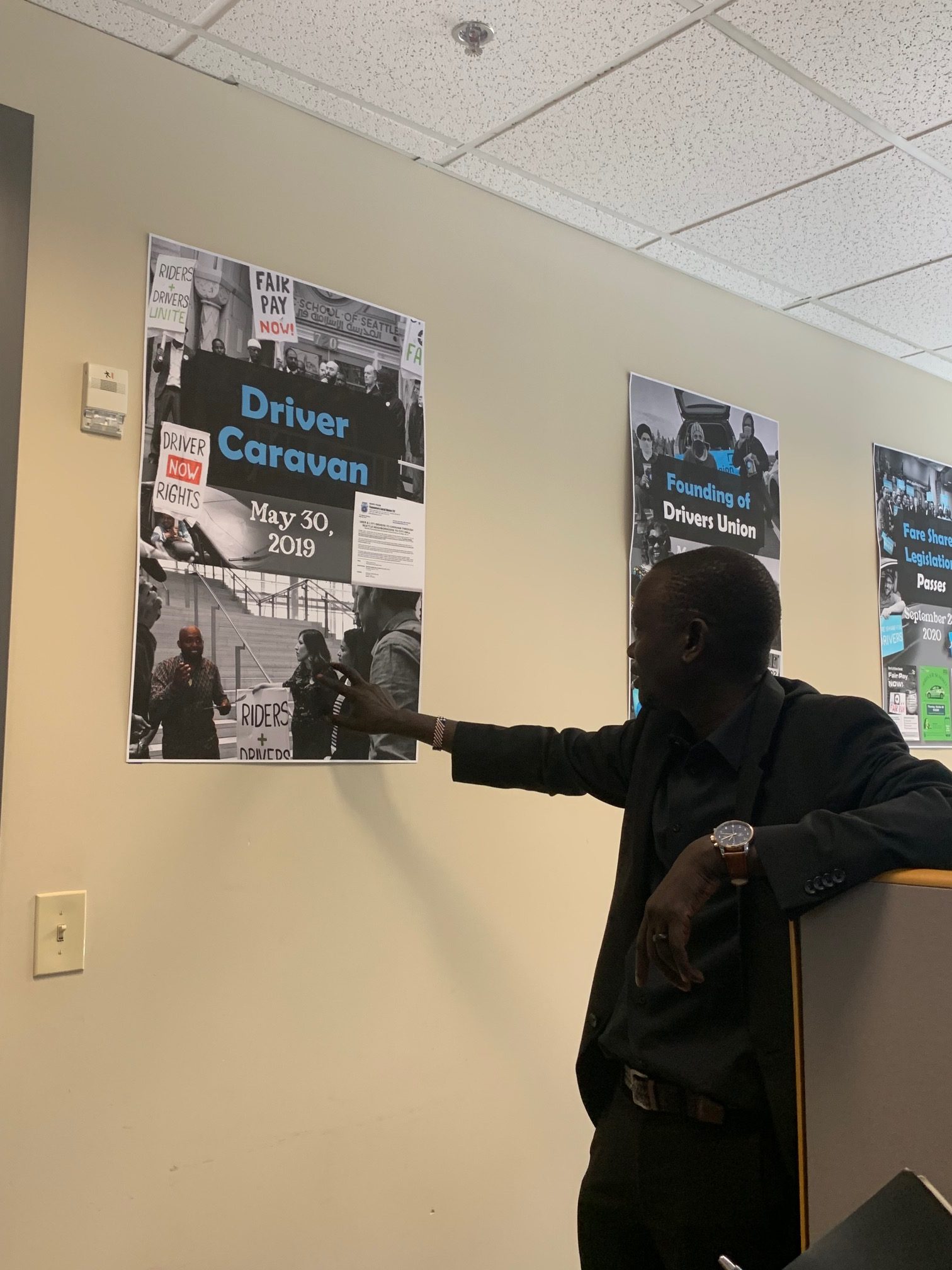 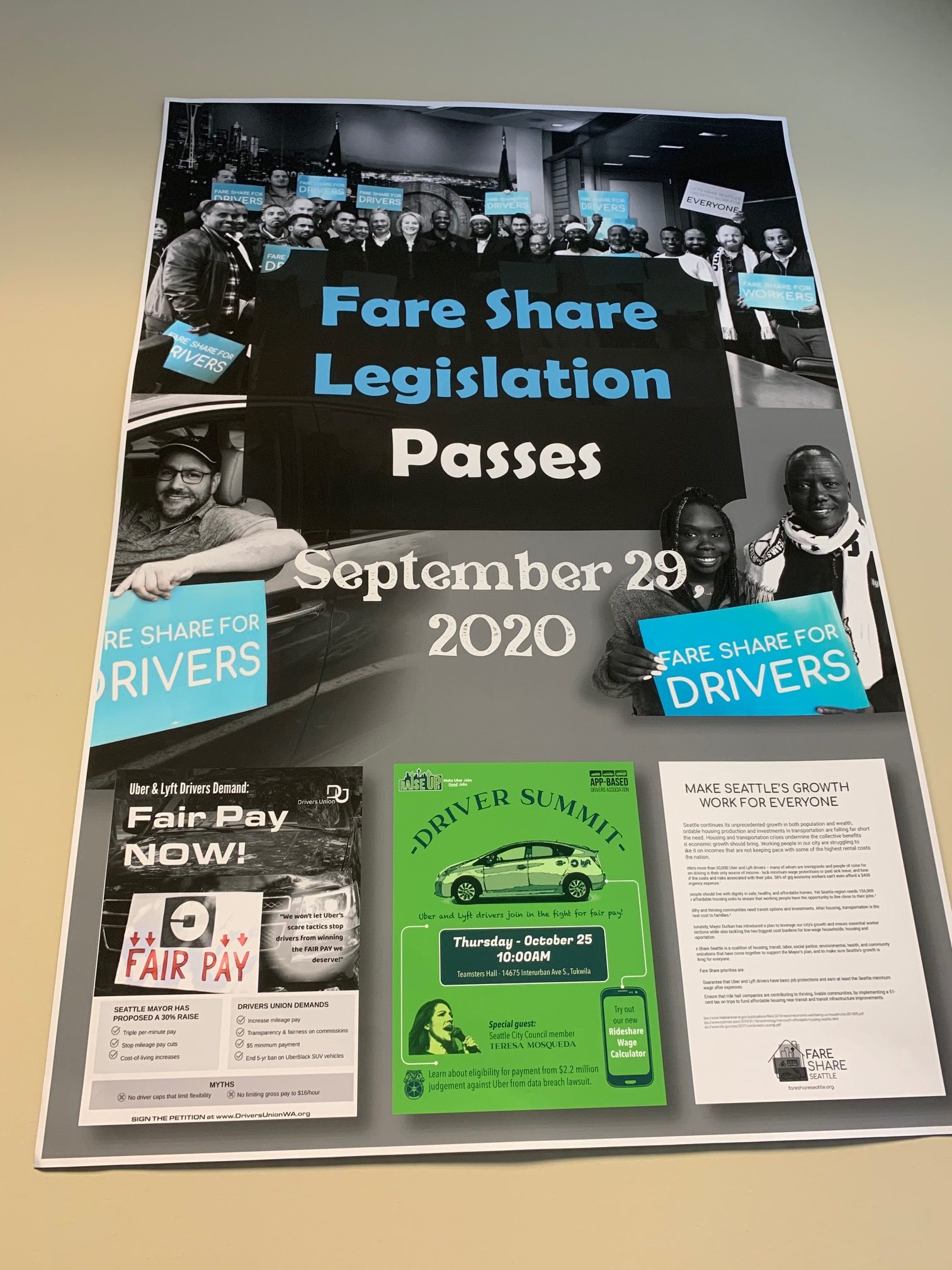 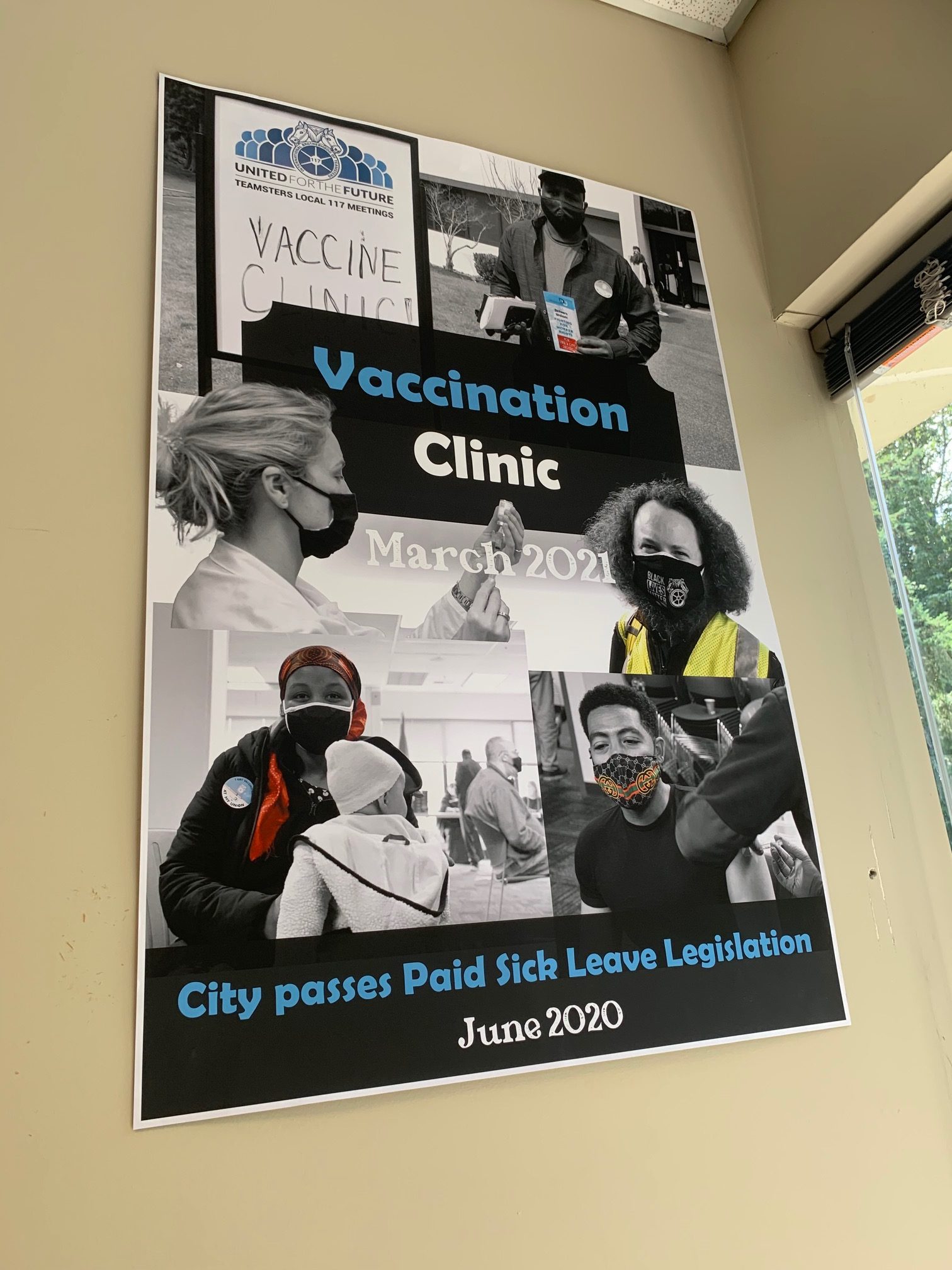 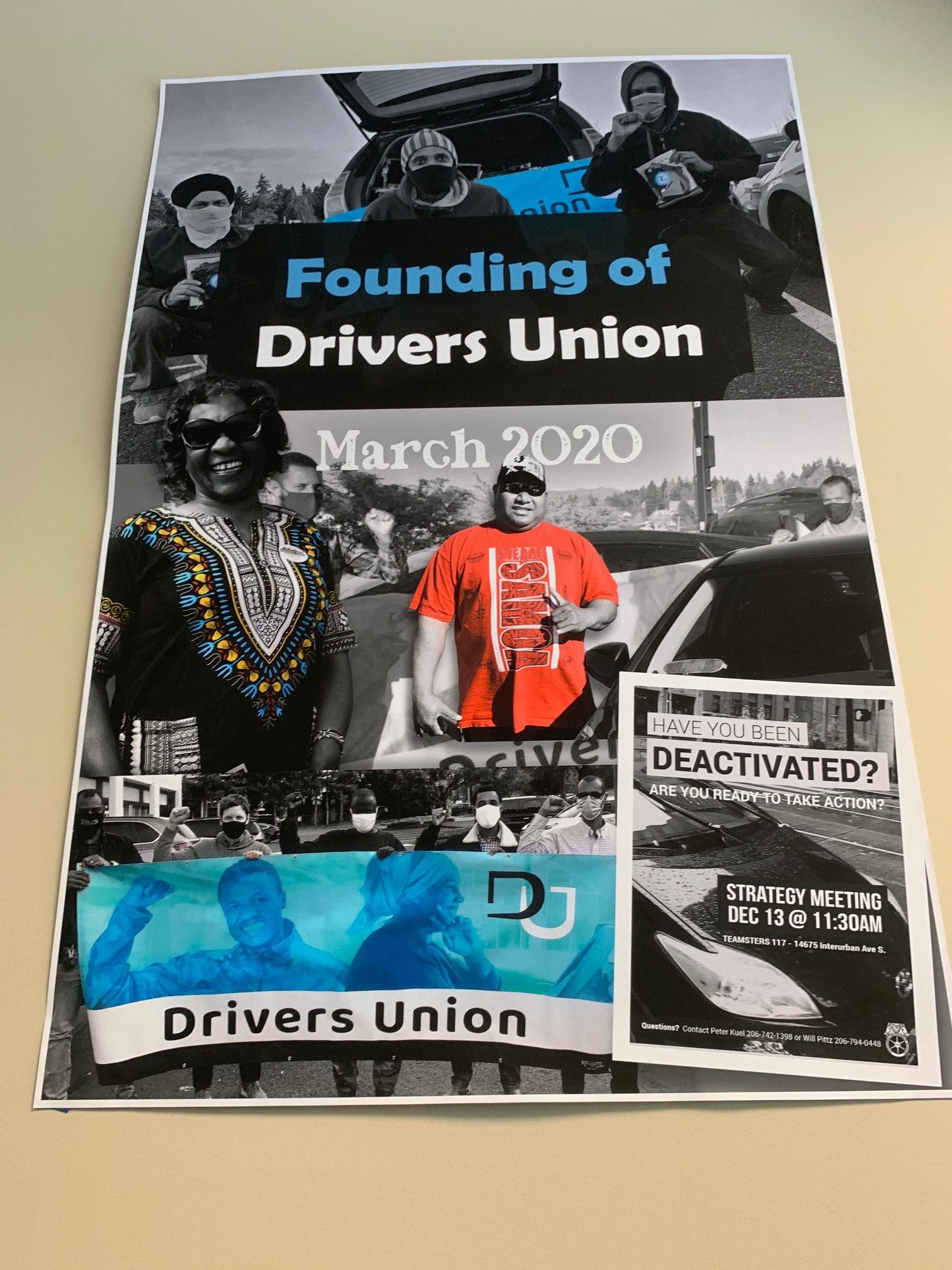 Critical wins for Drivers Union include the Fair Share Plan, allowing for drivers to get paid minimum wage plus benefits and supports a new Drivers Resolution Center for drivers to know their rights with free support to resolve disputes regarding deactivation. The TNC Driver Deactivation Rights Ordinance (DRO) that the Drivers Union fought for went into effect as of July 1st this year. If a driver is terminated without cause, they will now have legal appeal rights and a strong advocate on their side. Three weeks in, they have received over 500 calls from drivers requesting support to dispute the unfair deactivation with Uber and Lyft.

According to Ahmed, support from New Economy Washington for the Drivers Union came at a critical time when the organization was gaining momentum. The funding helped to leverage and give credibility to their organization and grow their work that ultimately led to a $5M contract with the City of Seattle to launch the nation’s first Drivers Resolution Center.

Ahmed now has transitioned from the board to a paid position as a field organizer. Drivers Union as an organization is currently in a time of growth and is hiring for multiple positions, including an administrator and attorneys.

Drivers Union is one of five fellows selected as part of the New Economy Washington Frontline Community Fellowship program where community leaders are piloting new economic models and changing the rules and systems that are currently in place. Our fellows were selected by community representatives and received a $35K grant and are part of a peer learning cohort supported by People’s Economy Lab and Front and Centered. As a community, we believe that: