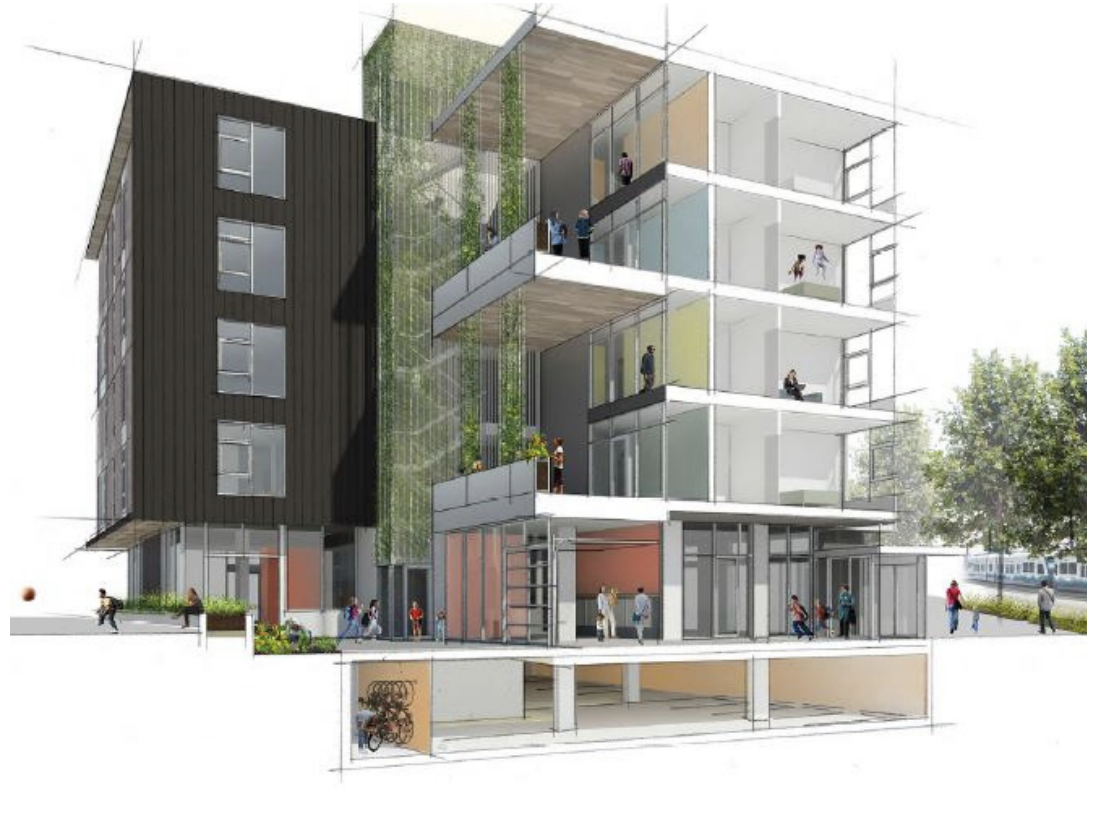 As Seattle grows and becomes more and more expensive to live in, families and communities who have lived here for generations find themselves unable to pay rent, buy a house, or pay property taxes. They’re forced to move out of the city or get creative with ways to stay in the neighborhoods they love.

How did this happen?

In the 1900s, Seattle banks, mortgage companies, realtors, and others created and upheld restrictive covenants, which prevented people of color from living in many parts of the city. This meant that people of color, immigrants, and refugees were limited to particular neighborhoods, like Othello in Southeast Seattle. Although redlining is now illegal, these neighborhoods are still the most racially diverse in the City of Seattle.

Recently, as tech companies and other corporations have moved into Seattle, and across the U.S. the rise in cost of living outpaces wage growth, these neighborhoods have become more attractive to people who wouldn’t have chosen to live there in the past (read: relatively wealthy white people). Although they may not mean to, these newcomers push the long-established community members out.

This is the same track we’ve watched the economic train roll down again and again in cities throughout the country, a track  laid by policy choices made by governments and corporations. It doesn’t have to be this way. Together, we can lay down a new track.

How can we stop displacement?

There are many ways to fight displacement, from increasing the minimum wage to building affordable housing and beyond. In Othello, one way community members are fighting displacement is with Othello Square, a real estate development project that includes homes, education, childcare, healthcare, a credit union, community meeting spaces, and more, located at the corner of South Othello Street and Martin Luther King Jr. Way South alongside Othello Station.

The Othello neighborhood’s earliest non-Native residents included Italian, Irish, Scottish, and Japanese immigrants who settled the area during the 1850s, making their livings through timber and farming. Since then, many immigrant and refugee communities have made their home in Othello, including Asian, Pacific Islander, African, and Latinx. Othello is rich with a plethora of cultures, languages, small businesses, and strong community interconnections–riches we can’t afford to lose.

Around the turn of the millennium, the Seattle Housing Authority (SHA) demolished Holly Park and built NewHolly, replacing 871 public housing units with new infrastructure, parks, community facilities, and housing in an attempt to change the neighborhood from low-income to mixed-income. The Othello community successfully petitioned the SHA to sell the remaining undeveloped parcel of land to HomeSight to develop in collaboration with the community. This is Othello Square.

From the Othello Square Master Plan: “Othello Square will be a culturally relevant and welcoming place where people in Southeast Seattle and beyond can access opportunities for higher education, good paying jobs, and support to start their own businesses and home. Integrating shared space for cultural organizations and workforce housing will help stabilize communities at risk of displacement and engage diverse residents.”

One building on the Othello Square Campus will be U-lex Cooperative Housing. U-lex, pronounced ‘oh-lew,’ is a Coast Salish word that means “gather.” U-lex won’t be an ordinary housing opportunity. Designed with and for Othello community members through a process facilitated by HomeSight, the building will prevent displacement by offering unit shares affordable to buyers who make less than 80% of the Area Median Income. At least half of the units must be sold to people with existing community ties. And U-lex will be managed as a cooperative, which means share owners lead and vote on all the important U-lex community decisions, from community rules and maintenance to board members and new owners.

U-lex will include 68 one, two, and three-bedroom units, and residents will also have access to a shared courtyard, kitchen, and multi-purpose meeting space. It will also be equipped with ENERGY STAR appliances and solar panels and run fully on electricity. Construction is scheduled to begin in March 2023 and take 18 months to complete.

HomeSight Director of Real Estate Development and U-lex Project Manager Uche Okezie says this is an opportunity for communities of color to stay in Seattle. Affordable housing cooperatives aren’t a common model in Seattle. If U-lex is successful, it will chart a path forward for future housing projects.

Drivers Union – “When we fight, we win”